Hello and welcome to the new blog! I’m not quite sure exactly what I’ll be posting here, but hopefully it will be interesting and semi-regular. The content will most likely be about photos I’ve taken, travel that I’m on (or recently back from), and maybe a little be of aviation errata that I think is just interesting. We’ll see, and I hope you enjoy!

On to the photography… I finally finished working through my photos from the 2011 Joint Services Open House air show that was held at Andrews AFB (or Joint Base Andrews, if you prefer) in May. This is usually a very solid airshow and, from a performers standpoint, this year didn’t disappoint. Unfortunately, from a photographers standpoint, there were a couple problems this year. Andrews has two parallel runways and this year the runways closest to the crowd was under construction. This meant that “show center” was 1000 – 1500 ft further back from the crowd than in past years which made things tougher for photographers. That said, there were still plenty of opportunities for great photos! 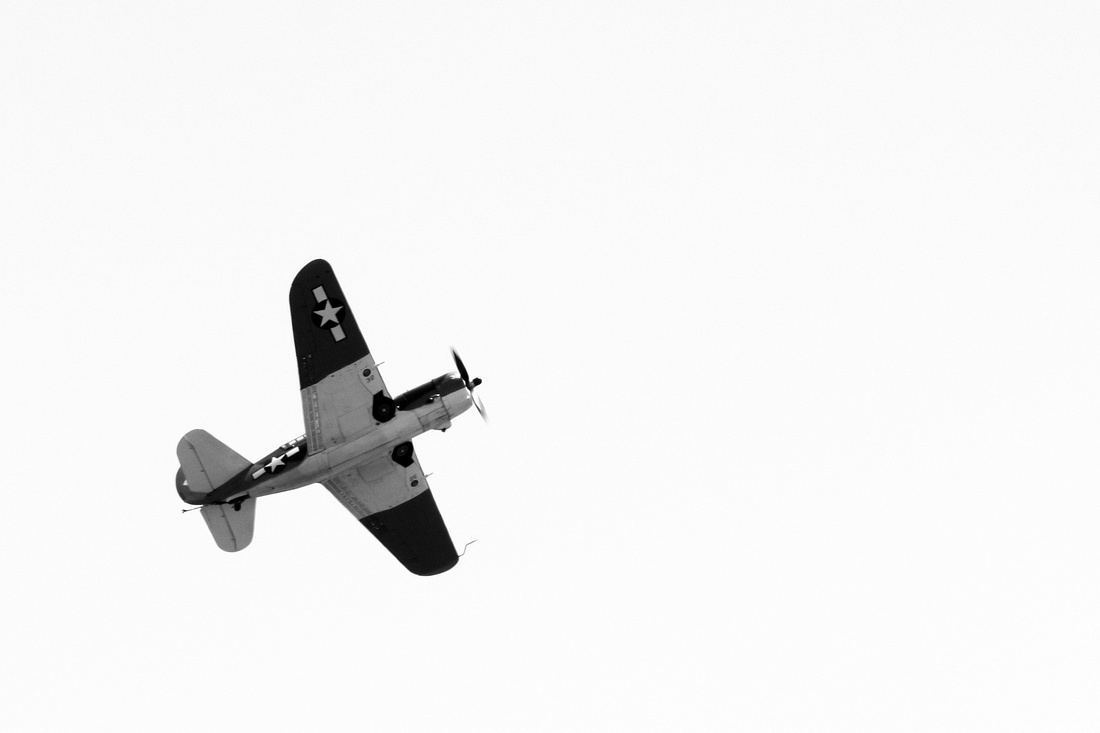 The show started with a surprise for the crowd; the first public appearance of the F-35C Lightning II (aka Joint Strike Fighter). No photo from me, as I was just getting there, but it was cool to see the crowd suitably impressed. The show got started with some of the usual acts, but there were some uncommon ones as well, including the SBC2 Helldiver pictured above.

I was shooting for the first time with my new lens, the 70-200/2.8L (non-IS). That was paired with my 1.4x teleconverter. It was a really handy combo, although the fact that show center was further away mostly negated the benefit of the zoom lens. I also got myself into trouble with chimping — sunny day + small LCD screen = trouble. After chimping a bit I decided the camera was exposing on the sky and underexposing all the aircraft. I bumped up the exposure compensation to +2/3 for a bit and then down to +1/3 later. Turns out that both of those bumps were unnecessary. I didn’t completely ruin many of my photos, but I did loose some of them and I made more work for myself in post. Lessons: the 50D on aperture and shutter priority is smarter than I give it credit for, and my histogram-reading skills are worse than I think they are. 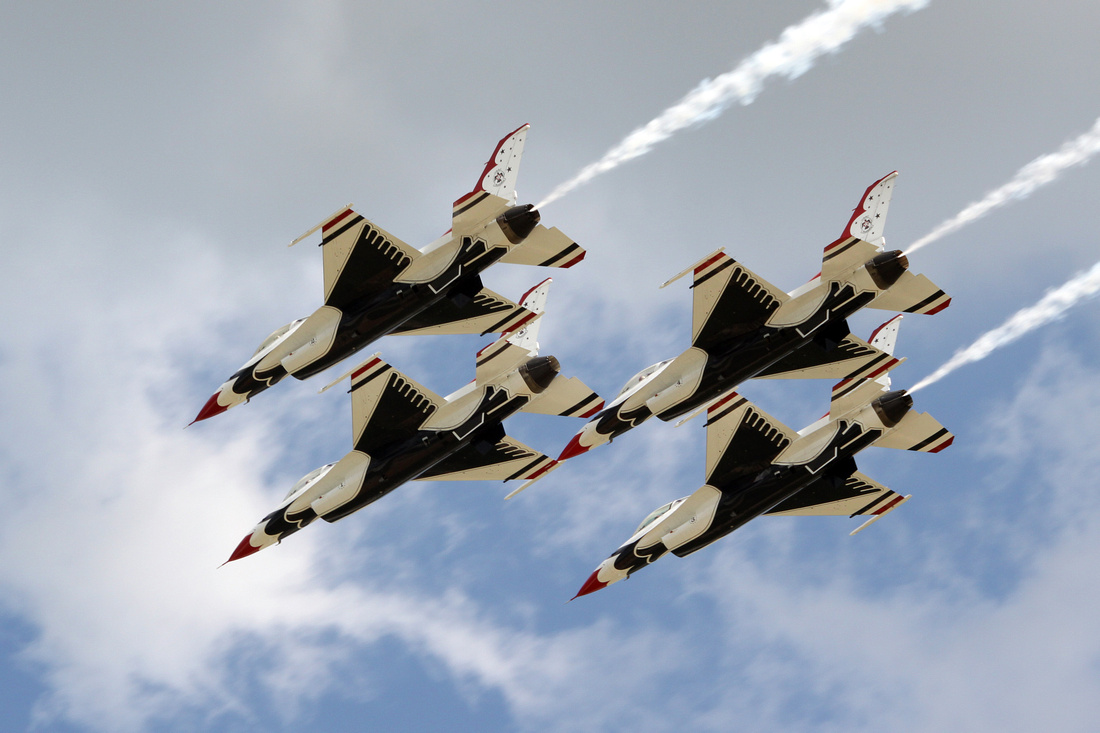 The finale of the air show was the demonstration by the USAF Thunderbirds. The sky had started to cloud up in patches which helped make some photos more dramatic. It also made things more challenging, as they would move in and out of shadows from the clouds — if you locked your exposure as they were in the sun you’d end up with underexposed photos if they slipped into a shadow. Shooting aperture-priority was pretty much required at this point. The Thunderbirds put on a great show and aptly capped off the air show. I’ve put the photos up on my Zenfolio site, feel free to take a look! 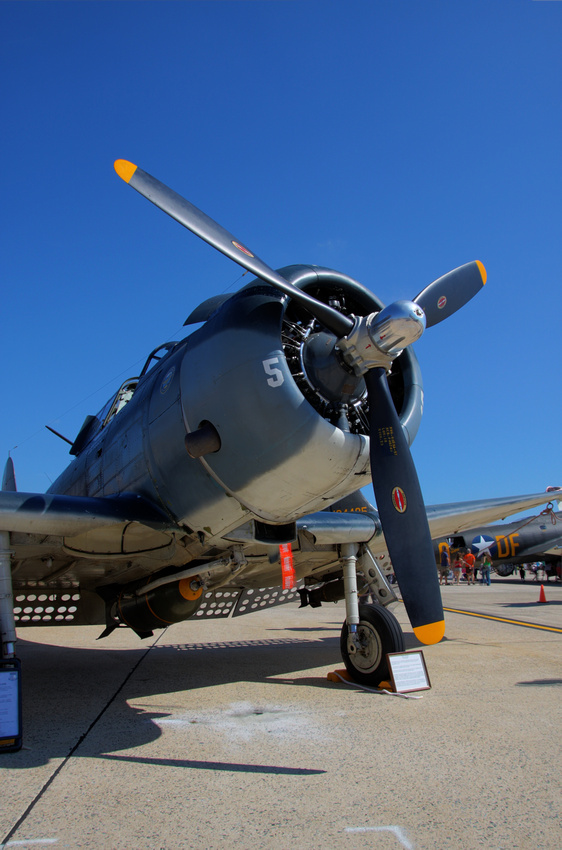