The second post in my series of post-processing improvement efforts. This photo was taken in Oslo in the summer of 2013. The photo was taken in early evening, just as the last warm light from the sunset fades and the lighted signs begin to stand out. I liked the detail and contrast in the Olav Thon Gruppen building that dominates the photos, as well as the view down the pedestrian street at the lower right third. 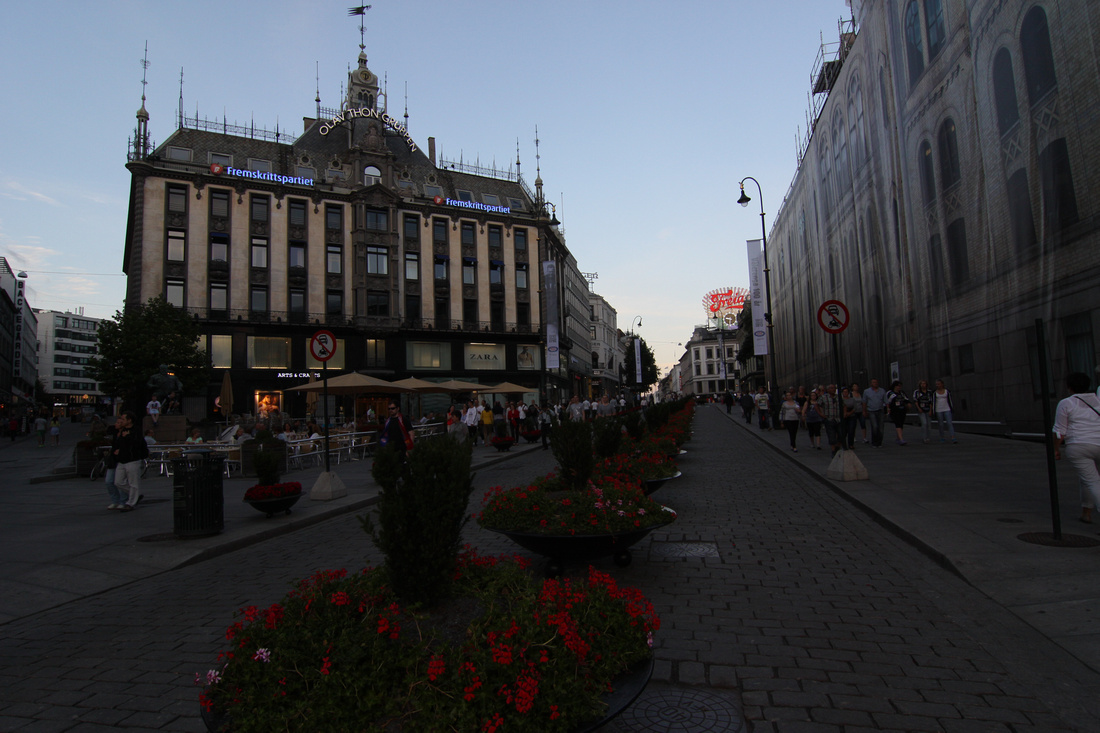 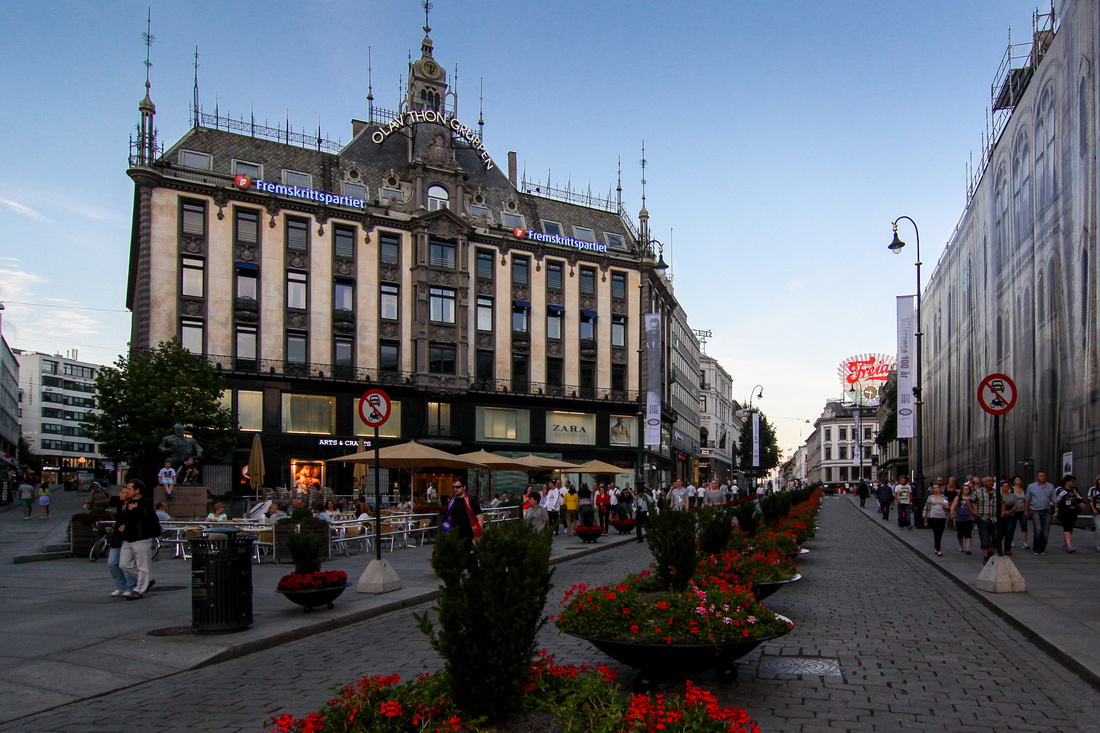